You are browsing the site archives by month.
25Jun 2018 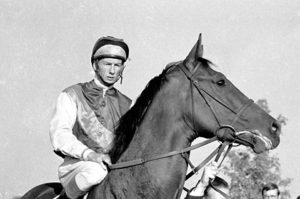 In 1992, Nijinsky was put down after years of siring top-class yearlings. His death brought an end to one of the greatest horse racing careers of all-time. The Canadian-bred, Irish-trained horse debuted in 1969 and ran to five race wins during his rookie year.

If horse racing fans and experts were impressed with Nijinsky’s rookie season, then his follow up year shocked on lookers. The stallion won six races including the 2000 Guineas, Epsom Derby, St. Leger Stakes and the King George VI and Queen Elizabeth Stakes. Nijinsky’s success in 1970 saw the horse win the 15th Triple Crown with jockey Lester Piggot on his back. The win marked the last time a horse has won the British Triple Crown.

Just as Nijinsky ran on to the British horse racing scene, the stallion’s career came to an end. Ahead of winning the St. Leger Stakes, Nijinsky contracted ringworm. Despite coming back from the ailment and winning the Triple Crown, Nijinsky was unable to reach the same heights he had previously. By the end of the season, the stallion was retired and began his career as a stud.

As a stud, Nijinsky would go on to sire 155 stakes/group winners. Nijinsky’s yearlings were so in demand, they sold for an average of $2.9 million in 1985.

Nijinsky featured in 13 career races during his time. Eleven of those races ended in wins for Nijinsky as the stallion earned an estimated $677,118. Nijinsky is still known as one of the greatest race horses of the post-World War II era. The stallion received a Timeform rating of 138, which was second only to Epsom Derby winner to Sea-Bird. Nijinsky has been identified as the best Irish-based race horse of the 20th century, and still is remembered fondly in racing circles.

In 1992, after being put down at Claiborne Farm, Nijinsky was laid to rest next two Secretariat and Riva Ridge. Even in death, the stallion was among champions.