You are browsing the site archives by month.
14Oct 2019 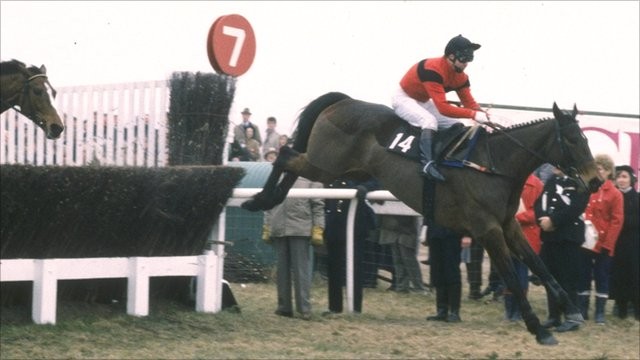 Of course, the salient point is that Dawn Run, who remains the only horse, of either sex, ever to complete the Champion Hurdle – Cheltenham Gold Cup double should be remembered not just as an outstanding mare, but as an outstanding racehorse.

Owned by the late Charmian Hill and trained by the late Paddy Mullins, Dawn Run was variously described as ‘ferocious’ and ‘savage’ by connections, but was nonetheless a relentless galloper. In her second season over hurdles, 1983/84, she won the Ascot Hurdle, when ridden for the first time by Jonjo O’Neill, the Christmas Hurdle at Kempton, and the Irish Champion Hurdle at Leopardstown en route to a crack at the Champion Hurdle proper at the Cheltenham Festival.

Sent off slight odds-on, at 4/5, Dawn Run led turning for home but, ultimately, was all out to hold the late challenge of 66/1 outsider, Cima, by three-quarters of a length. Nevertheless, she became the first mare to win the Champion hurdle since African Sister in 1939 and subsequently won the French Champion Hurdle, under Tony Mullins, son of Paddy, to become the first horse ever to win the Champion Hurdle and the Irish and French equivalents.

Dawn Run won her first three starts over fences, too, despite a lengthy absence through injury, but unseated rider Tony Mullins in the Cotswold Chase at Cheltenham, her preparatory race for the Cheltenham Gold Cup, in January, 1986. Rightly or wrongly, Charmian Hill replaced Mullins with Jonjo O’Neill – for the first time since the 1984 Champion Hurdle – and the Corkman was seen to good effect, galvanising the mare up the Cheltenham hill to beat Wayward Lad by a length and make history.