You are browsing the site archives by month.
28Jan 2021 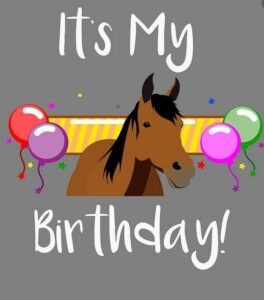 Not one to typically make a big deal of birthday’s , this year my inclination to keep it quite was in fact taken out of my hands anyway. This never-ending lockdown we’ve found ourselves in made the decision for me, which is quite amusing in a strange kind of way. It led to me actually thinking that I should have made a bigger deal about it all of those years I had the opportunity to. Still, rather than celebrate now I’ve mentally logged the occasion, and in a kind of ‘In the Future when all’s well’ way have put together a plan to go to the races with family and friends when the world isn’t quite so out of sorts!

It’s funny how lockdown and a world on pause has altered our behaviour. Now instead of bricks and mortar establishments we’re all heading to the safety and convenience of the best online casinos and the like. And who can forget the madness of the Grand National being cancelled last year and replaced with a virtual version! Whereas this works perfectly with a casino, the idea of cheering on a virtual horse compared to rooting for one you’ve followed for its entire career just doesn’t really cut it! I would have preferred to watch the event without a crowd. I expect Tiger Roll’s owners – eyeing up a record three Grand Nations in a row will have shared that sentiment.

I was chatting to a friend who moved to Canada recently, ironically as we played best online slots canada, and he informed me that restrictions aren’t quite so bad there right now, so it’s an unusual and worrying time where we’re all living in parallel worlds. I’d like to think / hope that a few months down the road we’ll have crowds back on race courses (unfortunately I suspect too late for this years Cheltenham Festival and Grand National) and a little more of a sense of normality. Lord knows that’s what we will need sometime soon. So as I blow out my birthday cake candle (that’s not to suggest that this is my first birthday!), my wish is that the year eventually heads towards a welcome sense of normality for all! Fingers crossed! 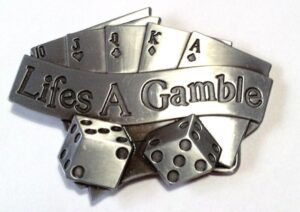 I always feel like having a ‘cheeky bet’ as we might say is frowned upon a little more than it used to be. More and more often it seems like whatever anyone is doing there is the wag of a finger from someone or other in close vicinity. It’s a shame really as many of my fondest memories involve having a flutter on the races or heading to a local casino with my brothers and cousins;  real family affair. Even playing the best online slots can bring with it memories of big wins and edge of your seat moments.

Growing up it was – and still is outside of this current hiatus we’re all experiencing – something of a family tradition to ‘do the double’ of heading to our local(ish) racecourse (Great Yarmouth) and to then make a beeline for the casino there afterwards. It’s situated in a listed building that’s dripping with history and royal connections and has a nice restaurant there too – so as a combo it works like a charm. I have many a happy memory there of having a healthy win on the roulette wheel or slots or of a family member doing the same. I’m sure it’s the same worldwide really, whether online at www.newzealandcasinos.io or in a brick and mortar establishment, there is always somebody who is ‘quids in’ and having a run of luck you wouldn’t believe. As long as people know their limit and are there with friends, there’s nothing better than seeing what lady luck brings your way.

So the next time you’re faced with someone who likes to shake their head at people ‘chancing their arm’ at their favourite casino game or cheering on an outsider at the races, be sure to remind them that there isn’t much fun to be had in life by always operating with a safety first attitude. In fact, so much in life contains some element of risk, and if you always operate with caution,  many if not most of the best memories and opportunities that life can bring will simply pass you by.