You are browsing the site archives by month.
19Oct 2020 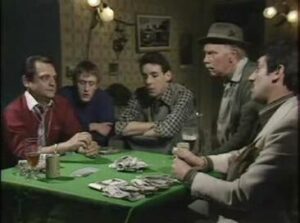 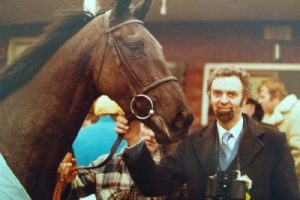 Owned by Stan Riley and trained by Jenny Pitman, in Lambourn, Berkshire, Burrough Hill Lad is probably best remembered for winning the Cheltenham Gold Cup in 1984 with all the enthusiasm of a successful www.usrealmoney-casinos.com gambler. However, despite a career blighted by injury – he was a late withdrawal from the Cheltenham Gold in 1985 and 1986, when ante-post favourite – the Richboy gelding won seventeen of his twenty-seven steeplechases and nearly £200,000 in prize money. Indeed, Burrough Hill Lad was awarded a Timeform Annual Rating of 184, placing him co-eighth, alongside Moscow Flyer and Long Run, in the list of highest-rated steeplechasers since the early Sixties.

Named after Burrough-on-the-Hill, near Melton Mowbray, Leicestershire, where his owner was born and raised, Burrough Hill Lad first rose to prominence when winning the Grade One Mildmay Novices’ Chase at Aintree, as a six-year-old, in April, 1982. In December, 1983, despite being ridden at 3lb overweight by John Francome, he won the Welsh National at Chepstow in impressive fashion. Further success, under Francome, in the Anthony Mildmay, Peter Cazalet Memorial Chase and the Gainsborough Chase, both at Sandown, confirmed his status as a bona fide contender for the Cheltenham Gold Cup.

However, in the Cheltenham Gold Cup itself, Francome was retained to ride Brown Chamberlin, owned by Sheikh Ali Abu Khamsin and trained by Fred Winter, so Burrough Hill Lad was reunited with his former jockey Phil Tuck, or as the French might put it meilleur casino en ligne francais. Nevertheless, Burrough Hill Lad beat Brown Chamberlin by three lengths, making Jenny Pitman the first woman to train the winner of the ‘Blue Riband’ event.

The following autumn, Burrough Hill Lad returned to action in the form of his life. He beat Wayward Lad by ten lengths in the Grade Two Charlie Hall Chase at Wetherby and Canny Danny, who was receiving 21lb, by four lengths in the Hennessy Gold Cup – now the Ladbrokes Trophy – at Newbury, before scraping home by a short head from Combs Ditch in the King George VI at Kempton. Burrough Hill Lad won the Gainsborough Chase at Sandown twice more, in 1985 and 1986, but never ran in the Cheltenham Gold Cup again.