You are browsing the site archives by month.
29Apr 2020 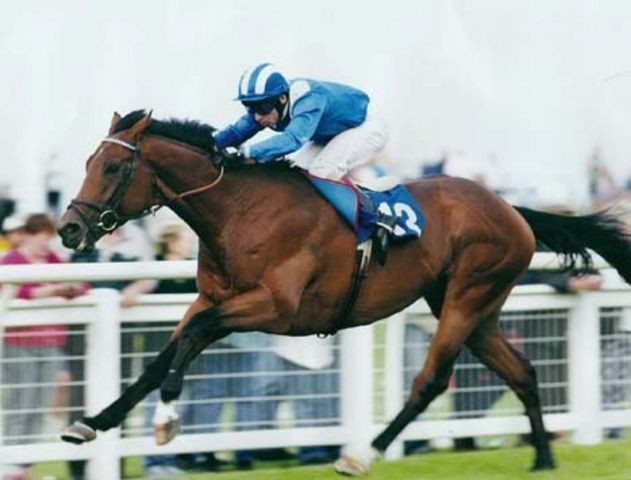 Nashwan was bred and owned by Sheikh Hamdan Al Maktoum, in whose famous blue and white colours he raced, trained by Major Dick Hern in West Isley, Berkshire and ridden, exclusively, by Willie Carson. The son of Blushing Groom is probably best remembered for his 5-length defeat of 500/1 outsider Terimon in the Derby in 1989, but also had the distinction of being the first horse since Nijinksy, in 1970, to complete the 2,000 Guineas – Derby double. He also remains the only horse ever to win the first two colts’ Classics, plus the Coral-Eclipse Stakes and the King George VI and Queen Elizabeth Stakes in the same season.

Foaled on March 1, 1986, Nashwan raced twice as a juvenile, winning a well-contested maiden stakes race, over 7 furlongs, at Newbury on his debut in August, 1988 and following up in the Listed Autumn Stakes, over a mile, at Ascot two months later. He reappeared in the 2,000 Guineas at Newmarket, for which he started 3/1 favourite. Always prominent, he took the lead with two furlongs to run and, although strongly challenged by Exbourne, Danehill and Markofdistinction, quickened again close home to win by a length.

Following his well-chronicled win in the Derby, Nashwan took on the older horses for the first time in the Coral-Eclipse Stakes at Sandown, again winning easily by 5 lengths. Two weeks later, he started at prohibitive odds of 2/9 for the King George VI and Queen Elizabeth Stakes at Ascot, but was ultimately all out to hold Cacoethes – whom he had comfortably beaten by 7 lengths in the Derby – by a neck.

Connections declined an attempt at the Triple Crown, favouring the Prix de l’Arc de Triomphe over the St. Leger so, after a short break, Nashwan was sent to Longchamp for a preparatory race in the Prix Niel, a Group Two contest over the same course and distance as the Arc. Sent off at 1/5 for what appeared a formality, Nashwan held every chance inside the final quarter of a mile, but could only keep on at one pace to finish third, beaten 2 lengths, behind Golden Pheasant. He had run his last race and was retired at the end of the season having won all but one of his seven starts and over £793,000 in prize money.

Nashwan was humanely euthanised in July, 2002, after complications following a supposedly minor operation on a hind leg, at the age of 16. His death came just two months after that of his erstwhile trainer, who had earlier described him as “the best horse I’ve ever trained”.