Race Favourites and Odds Ahead of the 2021 Irish Champion Stakes 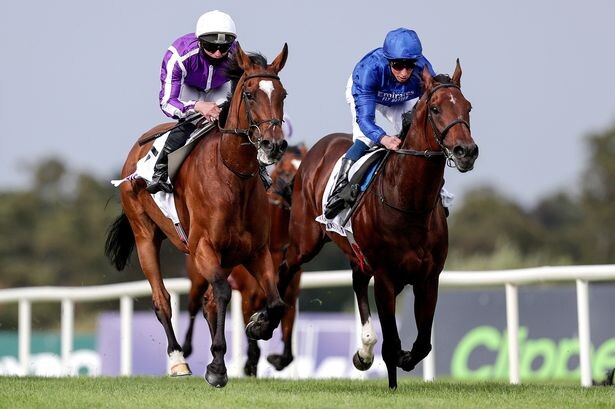 There’s a packed card at Leopardstown on Saturday September 11. The feature race is the Group 1 Irish Champions Stakes run over a mile and two furlongs with the going forecasted to be Good to Firm.

This is a race for horses aged three years and over, with the first home winning €570,000. It’s due to start at 2.45pm with some lucrative sign up offers by UK horse racing betting sites. William Hill offers free bets to all new accounts during this race.

The past two years has seen this race run by the Aidan O’Brien trained Magical. No hat-trick is possible as that runner has now retired though the trainer might get one.

Who will win the 2021 Irish Champion Stakes? Three-year-old St Marks Basilica is the 6/4 favourite and is the top contender for Aidan O’Brien. All three of his races have been won this year. After winning the Dewhurst Stakes as a two-year-old, 2021 began with success in a Group 3 success at Longchamp.

June saw another win in France, this time in Chantilly. This time it was the Group 1 Qatar Prix du Jockey Club that was landed, and it was over a mile and two furlongs. St Marks Basilica returned to England in July to win the Group 1 Coral Eclipse at Sandown again over a mile and two furlongs. This will be his first race on Good to Firm going but it’s going to take a supreme effort to deny him victory according to The Sun.

The second favourite is the five-year-old Tarnawa, trained by Dermot Weld. This contender is available at 2/1 and is bidding to win a sixth successive race. Only one of those has been this year though. Tarnawa won the Group 3 Grant Thornton Ballyroan Stakes at Leopardstown but was upset before the race and unseated his jockey, Colin Keane. Once settled down, Tarnawa justified odds of 1/2 and won by six and a half lengths, after being off the course for 271 days.

Notable wins last year were the Grade 1 Breeders’ Cup Turf, when beating Magical. That followed two Group 1 and one Group 3 races in an extremely productive 2020. Tarnawa has to give the favourite 3lbs, so it’ll take a mighty effort to win another Group 1 race.

Poetic Flare is 7/2 and the next odds after that are 10/1, so bookies clearly see this as a three-horse race. This Jim Bolger runner and is aged three years. It’s been a busy year, and this is Poetic Flare’s eighth race of 2021, informs nagshead.co.uk.

Three of them have been won, most famously the 2000 Guineas at Newmarket on the first day of May. Later that month the classic winning horse went to Longchamp and finished sixth behind St Marks Basilica. After just failing to win the Irish 2000 Guineas, Poetic Flare was then a four length winner of the Group 1 St James’s Palace Stakes at Royal Ascot.

His last two races have both seen him finish second in Group 1 races, most recently behind Palace Pier at Deauville on August 15.

Last years’ Oaks winner is also in this race. Love is aged four now and has to give 3lbs to both St Marks Basilica and Poetic Flare. This Aidan O’Brien runner has finished third in her last two races but drops back to a mile and two furlongs here. Last time when running over that distance, Love won the Prince of Wales’s Stakes at Royal Ascot this year. With odds of 10/1 a place in this race might well be possible.